New York, NY – April 17, 2018 – It’s all in place for a stunning weekend of elite show jumping sport as the world’s best riders, including the two most recent U.S. winners of the Longines FEI World Cup Jumping Final, will come together at the NYCB LIVE, Home of the Nassau Veterans Memorial Coliseum, in New York on April 26-29. This is the debut of the innovative Longines Masters Series in New York as the third leg joins Paris and Hong Kong on the calendar with four days of thrilling jumping sport showcasing the best riders and horses from around the world, including multiple World Cup Final winners and Olympic medalists.

Blazing the way for the U.S. contingent are the stalwarts of the U.S. team, McLain Ward, ranked #8 in the World Rankings, and Beezie Madden, #21 in the World Rankings, who both hail from New York state. Entering New York with recent success, Madden brought home a win at the Longines FEI World Cup Final on April 16 in Paris while Ward finished fourth. Both Ward and Madden have two team gold and one team silver medals from Olympic Games and both have won FEI World Cup Finals (Ward in 2017), but neither has topped a Longines Masters Grand Prix, so they’ll be hungry to add that title to their resume. Devin Ryan, a young U.S. rider who turned in an amazing second-place result at the 2018 Longines FEI World Cup Jumping Final behind Madden, is also set to compete at the Longines Masters of New York.

Lauren Hough and Laura Kraut, both Olympians, FEI World Equestrian Games, and FEI World Cup Jumping Finals veterans, will also jump in New York for the U.S. aboard their exciting stars like Ohlala and Confu, respectively. New York’s reigning hometown hero, Georgina Bloomberg, will be joining them in the ring. The U.S. veterans will be joined by a U.S. roster brimming with young talent, including Jessica Springsteen, Kristen Vanderveen, Andrew Ramsay, Quentin Judge, Lucy Deslauriers, and Adrienne Sternlicht.

The action includes the exciting Longines Speed Challenge (Friday evening), the sheer power of the Masters Power Six-Bar (Saturday afternoon), and the thrilling conclusion of the Longines Masters Grand Prix of New York, the American Grand Slam, on Sunday afternoon. In addition, Riders USA will take on Riders Europe when the second edition of the transatlantic battle, which was launched in Paris in December 2017, lights up NYCBs, including Mark Cross, Douglas Elliman, Devialet, and the entire equestrian community. We bring our guests the best in show jumping, entertainment, and hospitality, and we’ve raised the bar this year.” 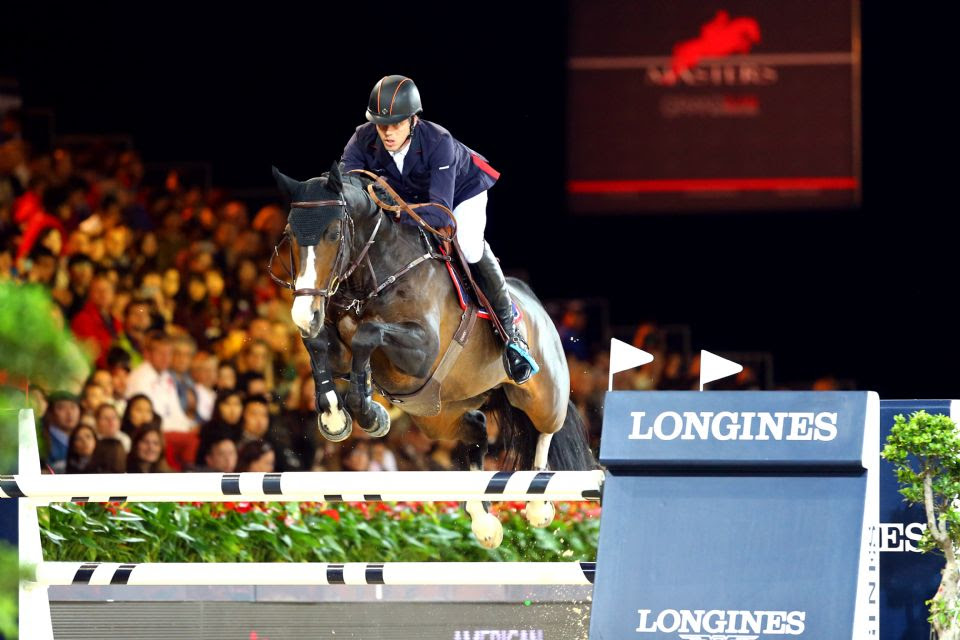 Competing at the Longines Masters of New York will be Harrie Smolders (NED), number 2 show jumper in the world.

The World #2 rider, Harrie Smolders (NED), will spearhead the European riders at the Longines Masters of New York and he’ll be joined by an impressive cadre of European show jumpers with significant success in the last 18 months. The World #3 rider, Peder Fredricson of Sweden, and the World #4 and Olympian, Kevin Staut of France, will join Smolders when the European stars arrive in New York. Also lining out for the European veteran riders will be Patrice Delaveau (FRA), who won the Longines Grand Prix of Hong Kong this past February and will look to continue his road to the Grand Slam Bonus, while Olympian Philippe Rozier of France and Gregory Wathelet of Belgium compete to reign supreme. Joining them are the under-25 contingent of Edward Levy of France and Olivier Philippaerts of Belgium.

The 5* division will be full of action with the Longines Speed Challenge, the Masters Power Six-Bar, and the Longines Grand Prix of New York, with the exciting Riders Masters Cup taking place on the evening of Saturday, April 28. But junior and amateur riders get to compete against the professional stars with time in the spotlight as well with the Masters One and Two classes. Riders like veterans Olympic gold medalist Peter Wylde (USA) and FEI World Cup Finals winner Mario Deslauriers (CAN) join up-and-comers Hannah Selleck (USA), Coco Fath (USA), Callie Seaman (USA), and Daniel Coyle (IRL) in the 2* division.

Masters ONE International Riders, Listed by FEI Longines world rank as of March 31, 2018