Team Canada won the Longines FEI Jumping Nations Cup™ of the United States of America last Sunday with more than a touch of class. The six-nation contest was a roller-coaster ride for most of their opponents, but double-clears from both ten-time Olympian Ian Millar (71) and Rio 2016 Olympic individual bronze medallist Eric Lamaze (49) ensured that all they had to add were single errors from team-mates Francois Lamontagne (34) and Tiffany Foster (33) for the winning total of eight faults. Brazil finished second on 16, while Ireland and USA shared third place with 24 faults in a competition filled with unpredictability. “It sure switched around, it looked one way in the first round but then it changed like crazy in the second when the Germans got into trouble and the Brazilians came steaming out!” said Millar.

Germany and Canada shared the lead with just four faults apiece at the halfway stage, but when Christian Heineking (NKH Caruso) was eliminated at the open water then 12-fault results from Andre Thieme (Conthendrix) and Markus Beerbaum (Cool Hand Luke) had to be added to the four collected by Meredith Michaels-Beerbaum (Daisy), dropping Germany right out of contention. Meanwhile a second-round clear from Felipe Amaral (Premiere Carthoes BZ) consolidated Brazil’s eight-fault scoreline and they posed a real threat in the closing stages.

The Canadians began to look shaky when Lamontagne’s single second-round mistake with Chanel du Calvaire was followed by 16 faults from Foster and Brighton who had faulted just once first time out. But the amazing Millar, who made his Olympic debut 46 years ago, in Munich (GER) in 1972, steadied the decline with another rock-solid run from his 15-year-old gelding Dixson. And when Lamaze kept a super-cool head to back that up with Coco Bongo then it was a done deal because the Brazilians had added eight more to their tally. 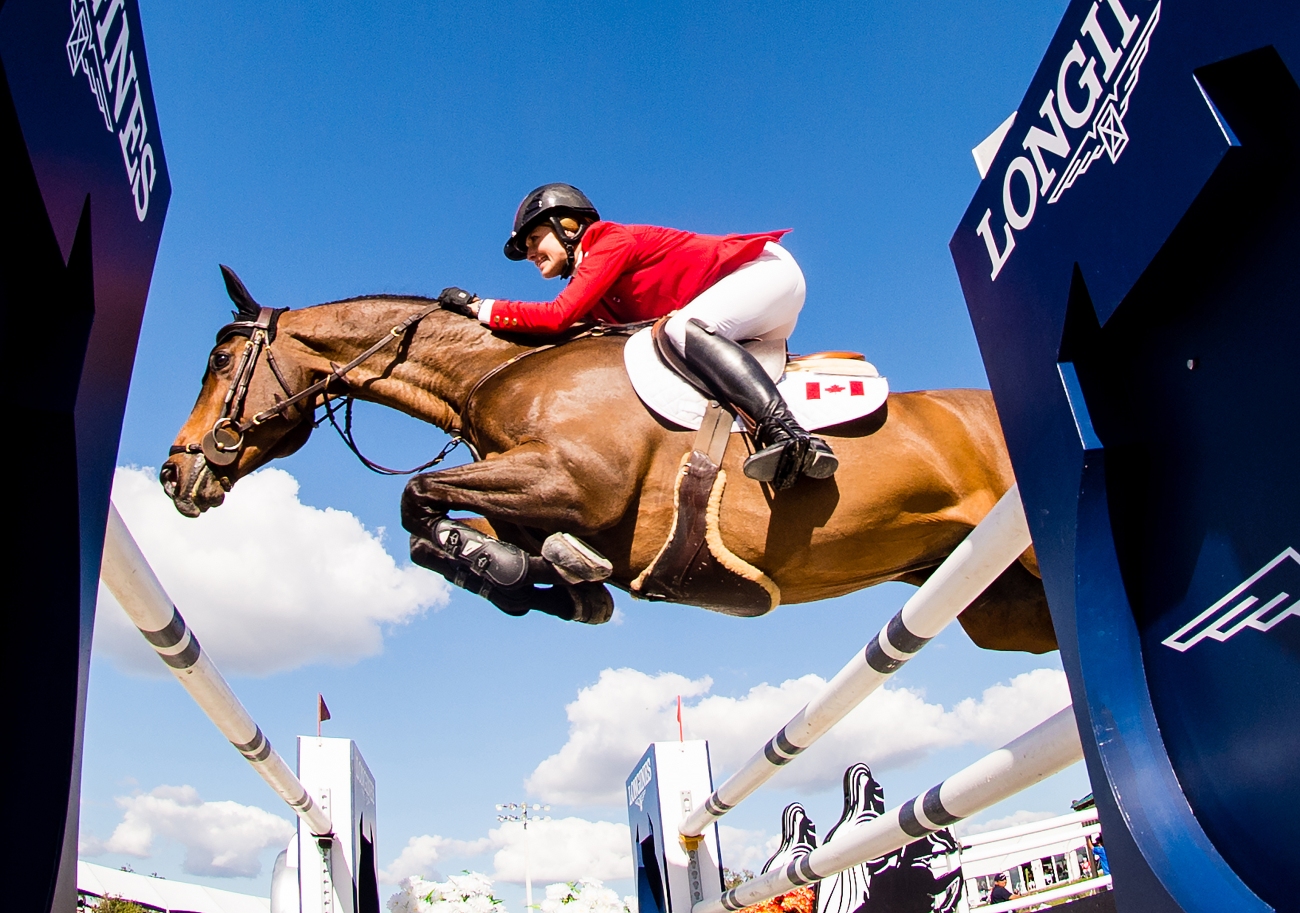 As Millar, who long ago earned the revered title of “Captain Canada” pointed out this evening, “Eric and I are like the bookends – you just have to put someone in the middle and away we go and do our best to deliver!”

They did just that today, and having bagged the maximum 100 points on offer to the three teams chasing points in the North/Central America and Caribbean League will be hoping to maintain their advantage over the next two legs of the series in Coapexpan (MEX) in April and on home ground in Langley (CAN) in June. The target is the coveted single qualification spot on offer in this region for the Longines FEI Jumping Nations Cup™ Final 2018 in Barcelona (ESP) in October.