The Saudi equestrian star and the 13-year-old chestnut Oldenburg gelding (Chacco-Blue x Quick Star) have been brilliant the past two weeks and once again were in top form, claiming victory by overcoming all the 1.55m obstacles and going through the timers in 46.55 seconds in the winning round.

Ramzy Al-Duhami (KSA) & High Quality J (Quadrillo x Nabab de Reve) were not too far behind, finishing second with a clean sheet and a time of 47.31 seconds. The Saudi equestrian took advantage of the possibility of having two entries in the same class by guiding his other mount Ted (Waranta x Jalisco B) to a third place finish in 49.28 seconds. 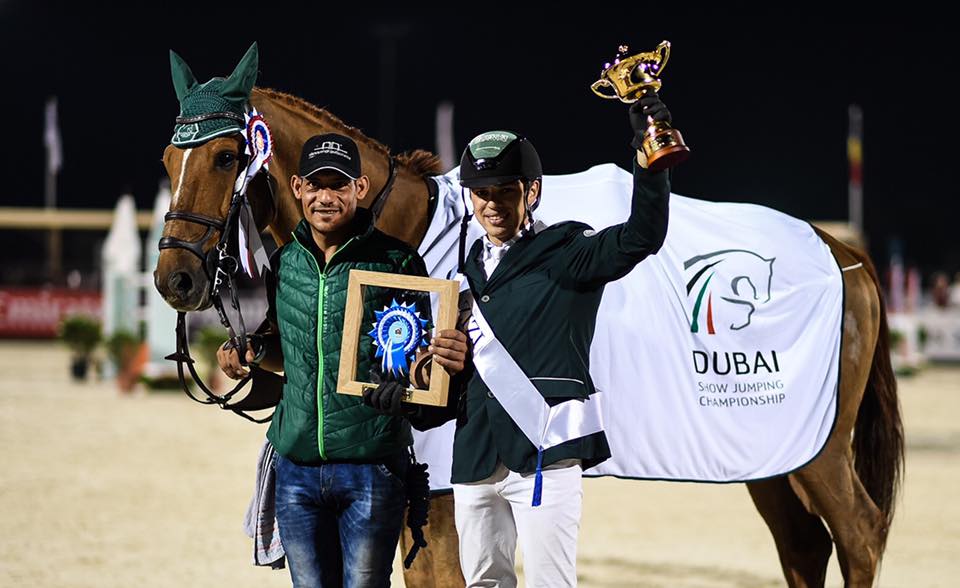