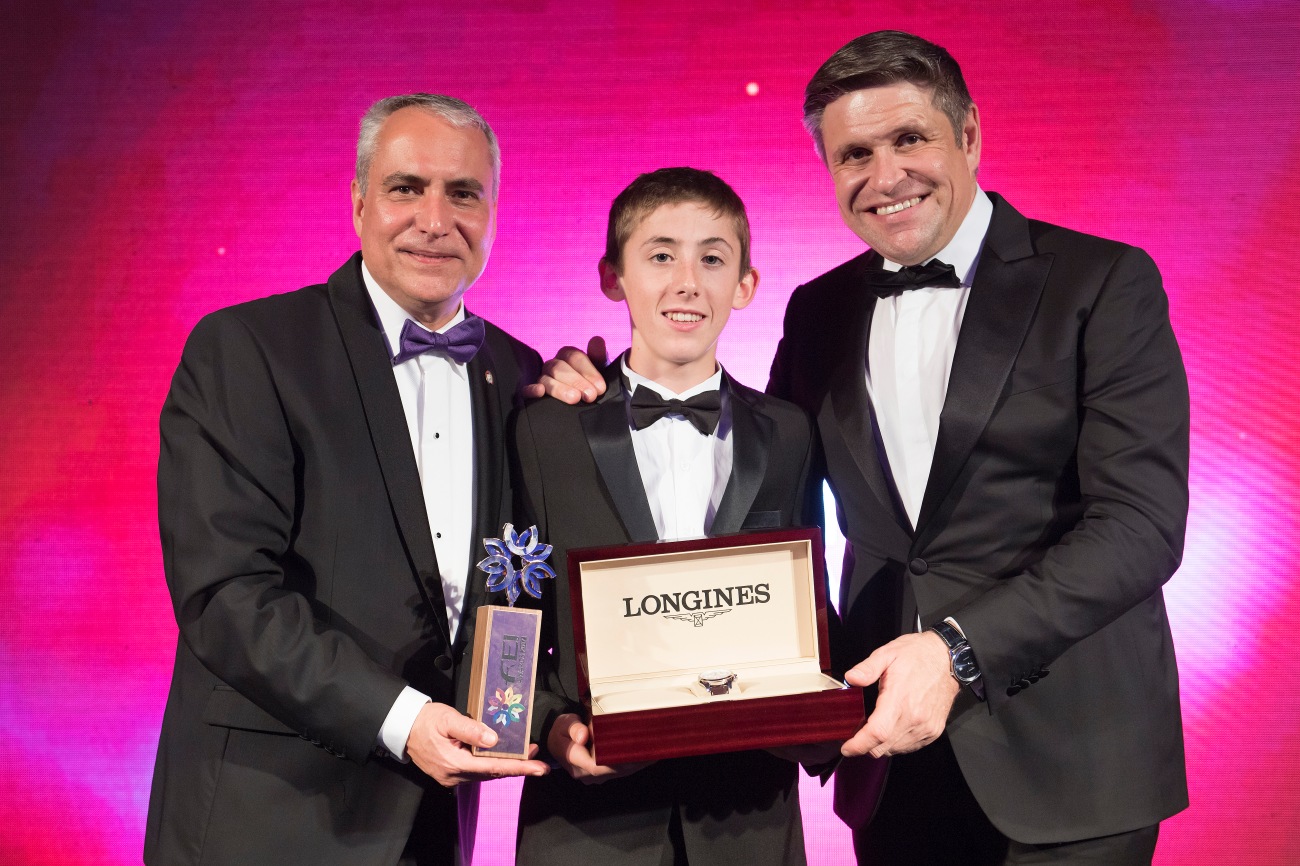 To the delight of the Montevideo audience, the festivities were opened by Swedish pop artists Matilda Frommegård and Martin Cederlöf, performing the world premiere of their “Two Hearts” song.

Joint-Masters of Ceremonies, TV news anchor Victoria Rodriguez (URU) together with author and entertainer Guillermo Lockhart (URU), host of Voces Anonimas, went on to present the winners of the five categories, in front of more than 270 distinguished guests, including top sporting legends, equestrian fans, FEI partners and stakeholders representing the member Federations. 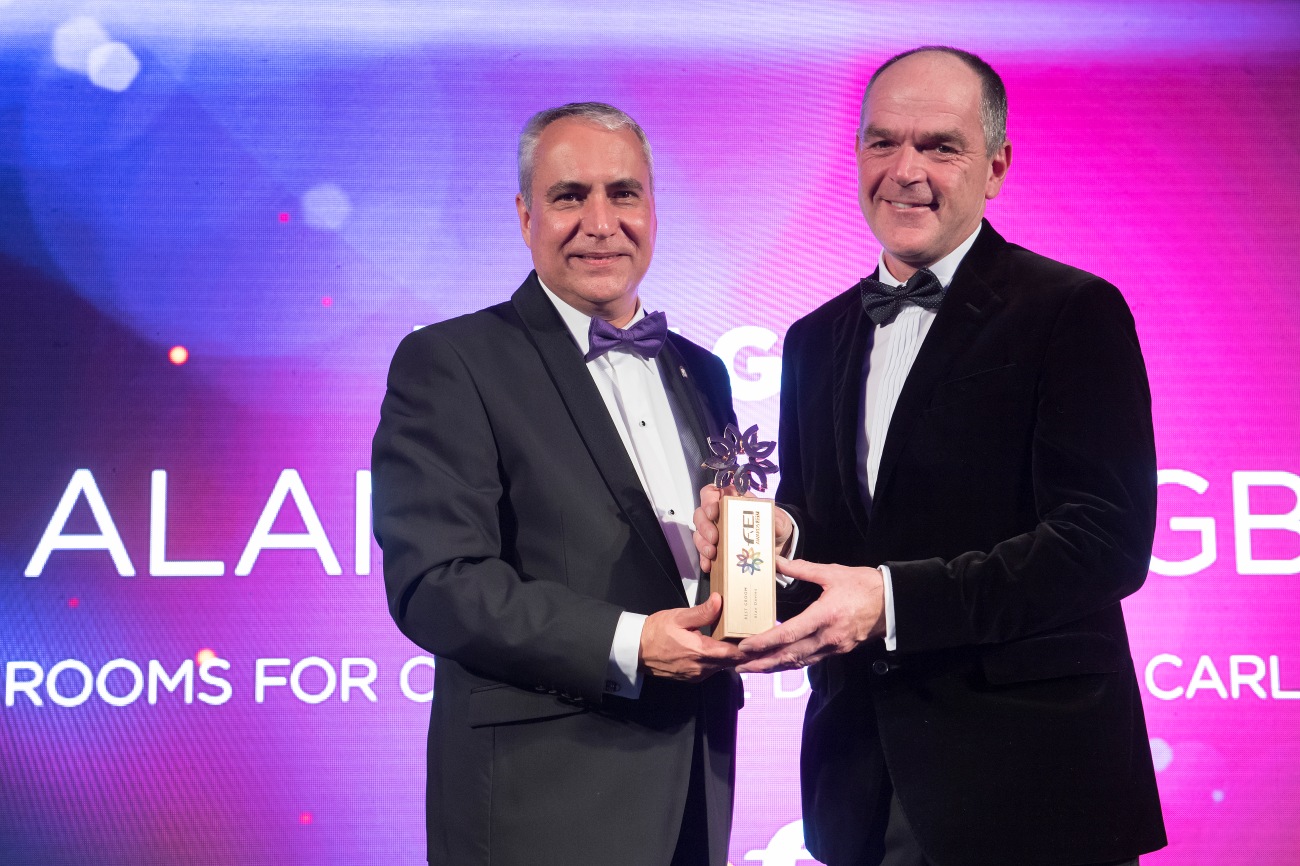 Alan Davies (GBR), recognised for his tireless effort behind the scenes for Dressage stars Charlotte Dujardin and Carl Hester, was presented with the FEI Best Groom Award. Praising the unsung heroes of the sport, Alan (48) was visibly moved by the public support for his dedication, commitment and hard work, saying “words can’t describe how I feel, it’s just amazing!”

Isabell Werth (GER) one of equestrian sports most decorated champions, has once again stolen the show, receiving the Best Athlete Award at the ninth edition of the FEI Awards Gala 2017 presented by Longines at the KIBON Avanza in Montevideo tonight. The German superstar (48) was unable to attend tonight’s ceremony but spoke to guests via video message, and Soenke Lauterbach, Secretary General of the German Federation received the award on her behalf.

“To receive the best athlete award is really fantastic it makes me really proud, really happy to get this support from so many people and that they’re really behind me and they respect what we have done in the last months”, Isabell Werth said.

“2017 was just amazing, it was a really great year. It was all horses I have to say! Of course the highlight was Omaha with the World Cup final with Weihe, it was a fantastic freestyle!” 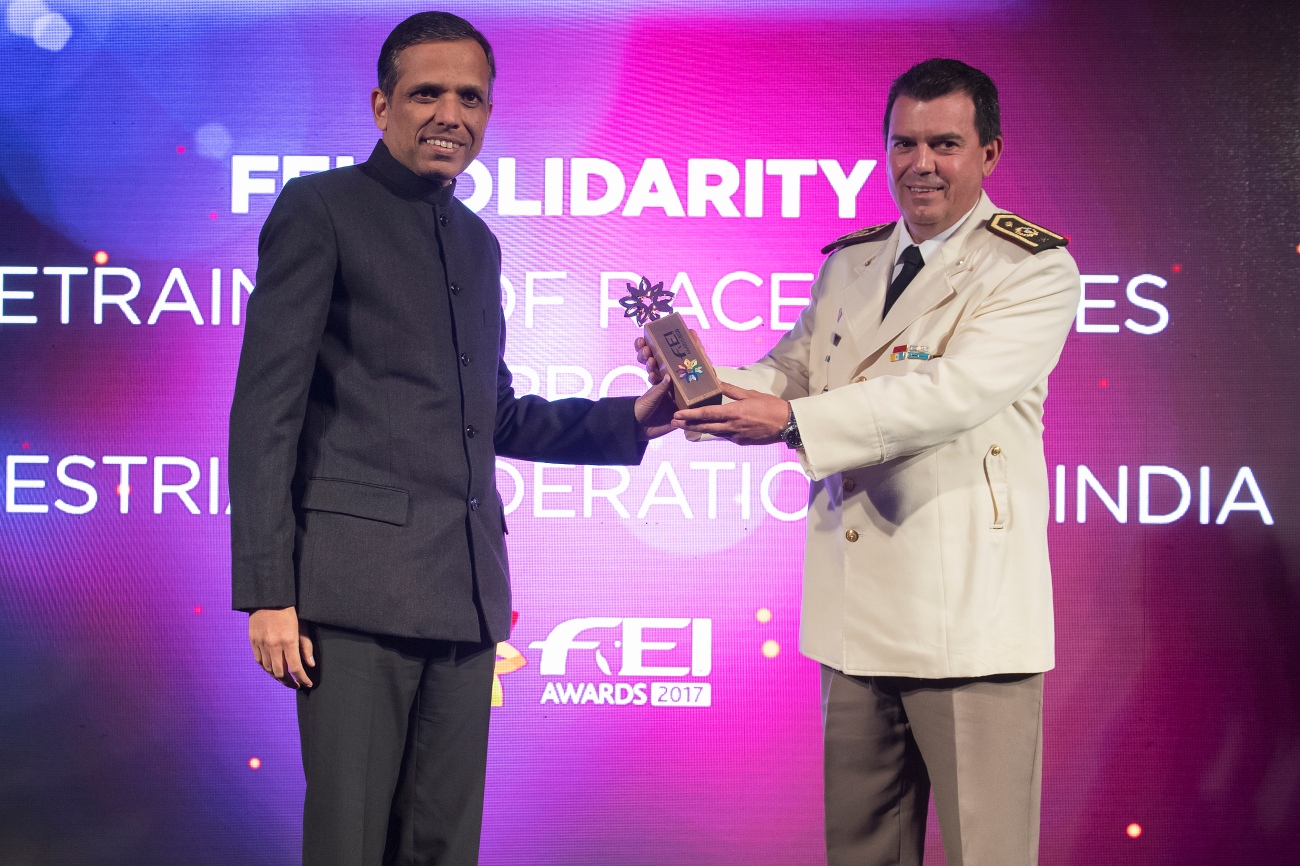 Emma Booth (AUS) was commended for her strength, resilience, determination and drive as she was presented with the Against All Odds Award. Emma (26) was left paralysed after a road traffic accident in April 2013, yet nothing stops her passion for equestrian sport and she is already planning her campaign around the FEI World Equestrian Games™ 2018 and the Tokyo 2020 Paralympic Games.

“We received over 100,000 votes and were overwhelmed with the response to this year’s Awards”, FEI President Ingmar De Vos said. “We have incredible athletes, with remarkable stories, and this year we had the highest number of nominations from more countries than ever before, which clearly shows the universality of our sport.

“The public involvement in the voting process was phenomenal and was an essential part of the judging process for these prestigious awards. It is outstanding to see the tremendous support for our athletes, who deserve the recognition, not just from within our community but of the wider sports industry and fans globally.”

Longines’ Vice President and Head of International Marketing Juan-Carlos Capelli said: “It is my great pleasure to be here in Montevideo and to be a part of the FEI Awards Ceremony to reward remarkable people for their outstanding dedication to equestrian sports. As we have seen here tonight, all winners have shown what hard work and passion are all about.

“On behalf of Longines, I would like to address my warmest congratulations to all winners of the 2017 FEI Awards, and in particular our Longines Rising Star, the 16-year-old talented jumping rider, Harry Allen. It’s very exciting to see all these incredible people pursue their dreams and continue to be great ambassadors for their sport.”