Another day, another huge and fast jump-off and another win for Ireland’s Cono Swail and the 12-year-old bay mare Flower (Bon Ami x Randel Z). Flower, who is co-owned by Swail and international Canadian rider Vanessa Mannix, has won 7 of her last 12 FEI ranking classes.

“She can be a little tough – hard in the bridle and sassy. But she is so competitive. She understands what winning is and what you need to win. Conor really brings out the best in her,” said Mannix.

The sixteen to jump-off, which included Andy Kocher on two horses, Hardin Towell, Jennifer Gates, Beth Underhill, Laura Jane Tidball, and Tayah Sobie, was bound to be fast. Quebec’s Isabelle Lapierre went early double clear in and fast to make them catch her and ended 4th. Daniel Coyle went after Swail on his two horses – finishing 2nd on Cita and went all out on Tuesday night’s winner Fortis Fortuna, but incurred thee rails.

Kyle King (USA) came close at the end, finishing 3rd with Escudo’s Triumph. King took over the ride this year on the 10-year-old (Escudo I x Wanderkoenig) earlier this year from his client who had shown him in Young Rider’s classes. Stating at the 1.30m, King moved up quickly to the 1.40m and grand prix level with the Stuart Belkin owned gelding. 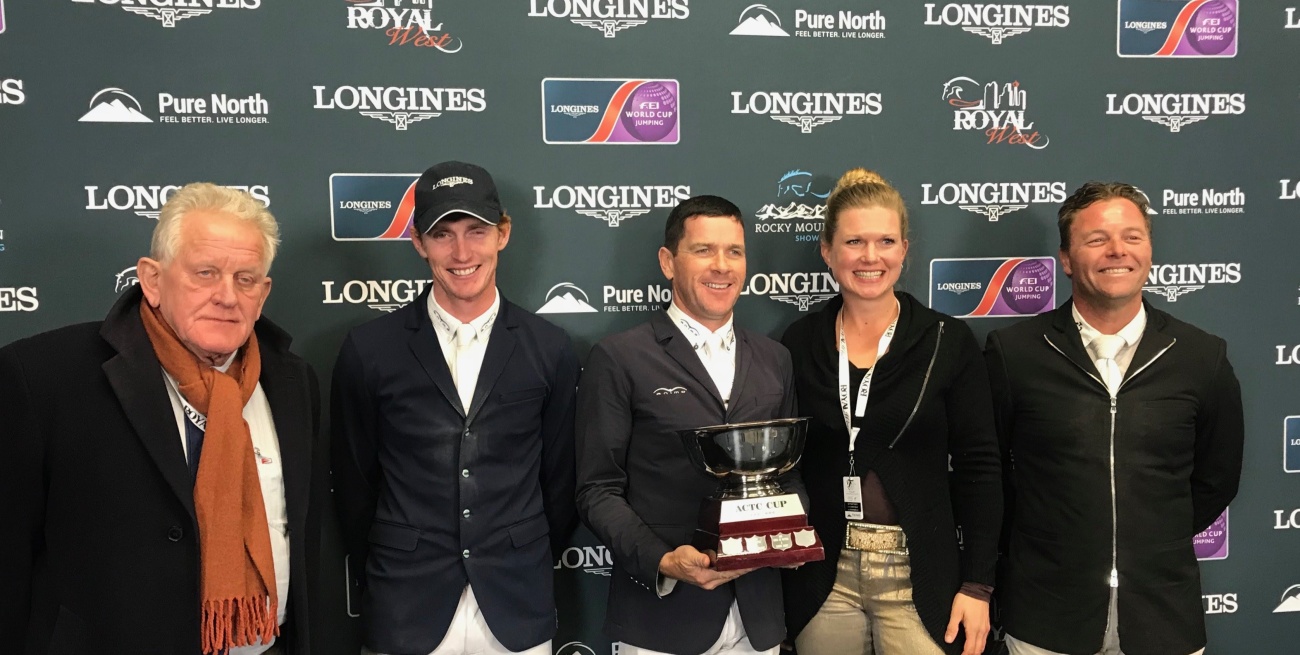