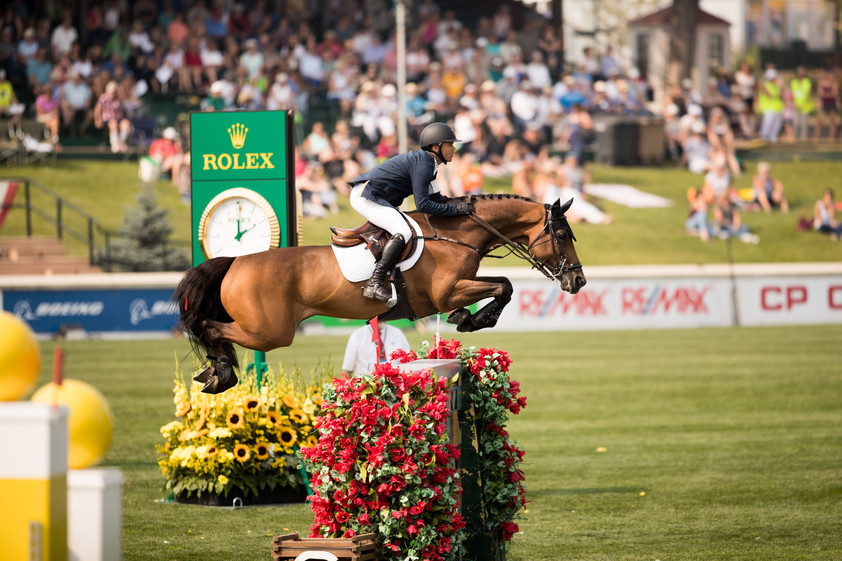 The qualifiers are over, the starting list has been printed: 50 world-class pairs will take on the ultimate challenge on Sunday in the legendary “International Ring” of Spruce Meadows and will battle it out to claim the victory in the “CP ‘International’, presented by Rolex that is endowed with prize-money to the value of three million Canadian dollars.
Two rounds in the ring at five-star level have to be mastered in this leg of the Rolex Grand Slam of Show Jumping. If at the end of the two rounds several pairs are still clear, a jump-off will decide, who carries off the Major victory.

The field of participants promises a competition of superlatives. First and foremost, the current Grand Slam contenders Grégory Wathelet from Belgium and Pedro Veniss from Brazil, the present number one in world ranking list Kent Farrington from the USA, the Grand Slam Champion of 2015 and last year’s Major winner Scott Brash from Great Britain and the Canadian Olympic gold medallist Eric Lamaze have all qualified for the Grand Prix. The spectators can additionally look forward to the team Olympic gold medallist Kevin Staut from France, the Major winner of Aachen 2014 Christian Ahlmann from Germany, the recent team European Champion Cian O’Connor from Ireland, the Italian Lorenzo de Luca (current number two in world ranking list), the Swiss Olympic gold medallist Steve Guerdat, the reigning team World Champion Maikel van der Vleuten from the Netherlands and the top female show-jumper Luciana Diniz who rides for Portugal – to mention just a few of the biggest names of the jumping sport that are also found on the starting list of the Grand Prix.