Emanuele Gaudiano (ITA) & Carlotta won the $96,750 Energa two-phase class CSI 5* last week during the CSIO Sopot 5* at the Hipodrom Sopot in Sopot, Poland. The Italian and the 9-year-old bay Oldenburg mare (Chaccomo x Cento) advanced to and completed the second part of the 1.45m […]

Emanuele Gaudiano (ITA) & Carlotta won the PLN $96,500 Speed Challenge CSI 5* last Friday during the CSIO Sopot 5* at the Hipodrom Sopot in Sopot, Poland. The Italian and the 9-year-old Oldenburg mare (Chaccomo x Cento) overcame all the obstacles in the 1.45m contest, registering no penalties […]

It seemed like “Mission Impossible” at the beginning of this week when both Lorenzo de Luca and Alberto Zorzi had to pull out of the Italian team preparing to defend the CSIO Rome Intesa Sanpaolo Nations Cup title at Piazza di Siena today. But somehow last year’s victory […]

A duel between possibly two of the three fastest riders in the world decided the outcome of the CHF $30,900 Grosspeter Nutzfahrzeuge AG Prize yesterday during the Longines CSI Basel 5* in Switzerland. In the end, the “Clash of Titans” could only one winning combination and Emanuele Gaudiano (ITA) blazed throught the […] 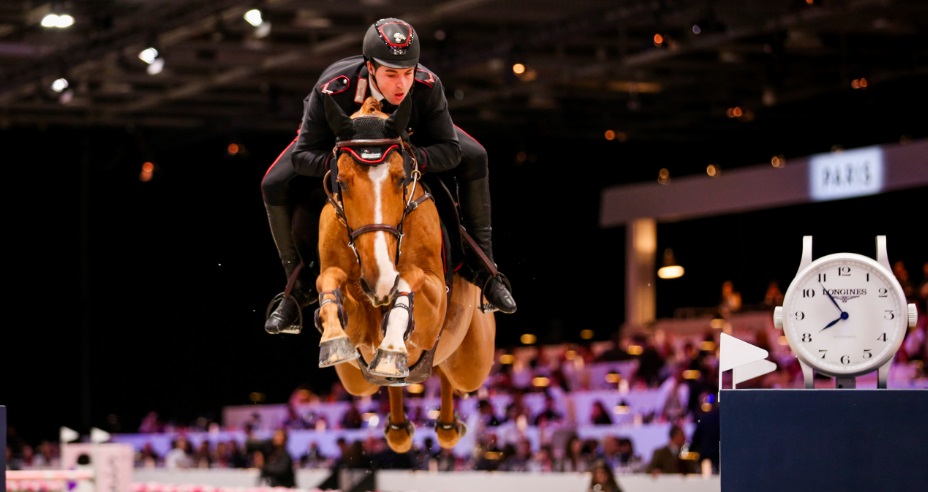 Emanuele Gaudiano (ITA) & Chalou were victorious in the €24,600 Laiterie de Montaigu jump-off class this evening during the Longines Masters of Paris CSI 5* in France. The speedy Italian and the 8-year-old chestnut Oldenburger Pferdezuchtverband stallion (Chacco Blue x Baloubet du Rouet) galloped to victory during the jump-off backed by their second […]

Emanuele Gaudiano (ITA) won the very first CSI5*-W class in Lyon on Friday afternoon. Riding Caspar 232, he completed a very fast clear round at the half way stage of the class, in a time of 31″81. No other rider managed to better his time without knocking over […]

Emanuele Gaudiano & Carlotta 232 Emanuele Gaudiano (ITA) posted the third Italian victory of the week at Jumping Verona today, with an extraordinary round from Carlotta in the Equiline Accumulator. “She is an amazing mare, she has won a lot of classes even though she’s only eight years […]