Since its beginning four years ago, the Palm Beach Masters has firmly established itself as one of the premier horse shows in the world with its picturesque location, unrivaled hospitality, and world-class facilities. One of just seven Longines FEI World Cup Jumping North American League events on the […] 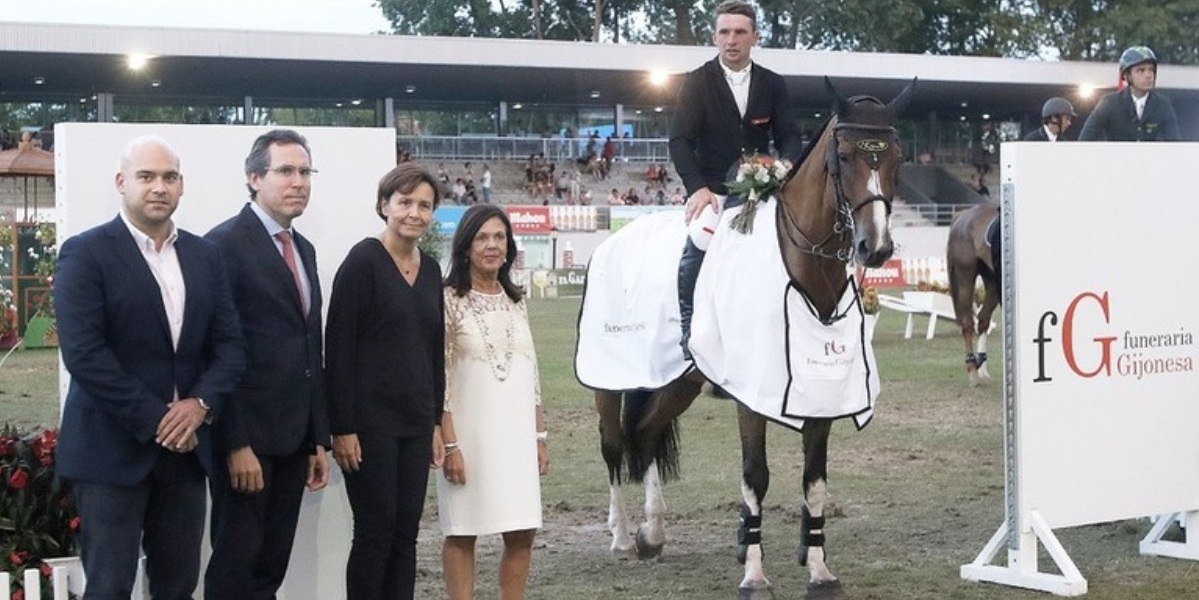 Richard Howley (IRL) and Dolores won the €145,700 Grand Prix of Gijón – Funeraria Gijonesa Trophy CSI 5* yesterday during the CSIO 5* Gijón in Spain. The Irishman and the 10-year-old bay Dutch Warmblood mare (Berlin x Voltaire) were victorious in the 1.60m two-round challenge by overcoming all […]

Spruce Meadows, Calgary, Canada. – September 3, 2018  – The Spruce Meadows ‘Masters’ CSIO 5*, one of the most revered and respected equestrian events in the world, will welcome the world’s best riders to Canada from 5-9 September 2018, as they compete for the most sought-after prize in equestrian […]

Karel Cox (BEL) and Evert made it a home win in Sunday’s €49,500 1.50m Top Series Meise Grand Prix CSI 3* during the Brussels Stephex Masters CSI 5*/3/2* in Belgium. Eight out of the 44 horse-and-rider combinations managed to produce clear rounds in this Grand Prix class, moving […]

The 15th leg on the 2018 Longines Global Champions Tour calendar sees eight out of the top ten in the LGCT ranking head to Italy’s capital city of Rome. With the championship pressure intensifying, and anticipation mounting, Rome marks the penultimate leg of the 2018 season fight, as […]

As the last to go in a six-horse jump-off, Germany’s Marcus Ehning showed everybody how it is supposed to be done when winning the €300,000 Rolex Grand Prix presented by Audi at the Brussels Stephex Masters 2018. Together with the incredible stallion Comme Il Faut 5 (Cornet Obolensky x […]

Billy Twomey Back at Being the Best Again at CSIO Gijón

Malin Baryard-Johnsson (SWE) and Petronella Andersson (SWE) made sure it was double Swedish on top in Saturday night’s feature class at the Brussels Stephex Masters, the CSI 5* 1.50m over two rounds presented by STX Finance. Twelve of the best riders from the first round moved on to […]